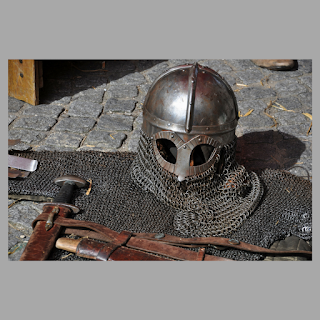 Resistance is the dragon that stands before the thing you want to do.
You need to do.
For whatever f*cked up reason: soul contract, higher purpose, creative pursuit, life meaning - or maybe it's because someone once said you can't.

You just have to do it otherwise you feel like something's missing, or worse, you don't believe in yourself.

Steven Pressfield is the genius who gave the Dragon of Defeat the name Resistance.
He's written a whole series on how to overcome Resistance.
A necessary weapon in your arsenal to defeat the beast.

Excuses are the swan song of Resistance.

Resistance is the fire-breathing dragon who stands at the entrance to the cave that has that treasure that belongs to you and you alone.
The treasure you came here for.
There's only one way to get past it.
Pull out your sword and slay the S.O.B. standing in your way.

Stop reading this blog, let the laundry pile up, don't look for third-party confirmation, get your butt out of bed and into your sneakers even if it's raining/snowing/hailing/too hot.
As Nike says, Just Do It.


But know, tomorrow you'll have to do it again.
And the day after that.
And that.
And so on.