Ferocious Man-Eater or Beautiful Creation to be Protected? 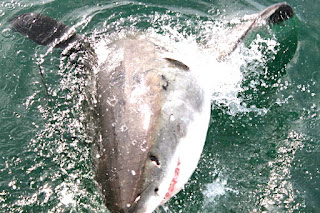 Max Planck was a 20th century Quantum Physicist.
In 1918 he won the noble peace prize for his discovery of quantum physics.
But the road to this discovery was a bumpy one.
He had to throw away all the beliefs, all the empirical evidence he had collected over his lifetime as a scientist and admit that what he (and the rest of the world) thought was absolute physical law was in fact, wrong.
Imagine the courage, it took to say, everything we think we know is wrong – and that was before he had evidence to prove it so.

With one hypothesis after another proven wrong, with frustration keeping him awake day after day after day, Max Planck had to be willing to see things differently, he had to open his mind to new frontiers never before explored let alone discovered.
It turned his left-brained, scientific genius world upside down.

What he discovered, would change reality forever. With every quantum second that we perceive it, we change reality according to our beliefs, however subliminal or intentional they may be.

Max Planck discovered quantum physics. In a nutshell, he discovered that when we change the way we look at things – whether that be through a highly precise scientific microscope or just through your own eyes at the person sitting across from you at the dinner table, THE THINGS WE LOOK AT CHANGE based on our thought about them.

I know, groovy, spooky and so fluffing cool.

“As a man who has devoted his whole life to the most clearheaded science, to the study of matter, I can tell you as a result of my research about the atoms this much: There is no matter as such! All matter originates and exists only by virtue of a force which brings the particles of an atom to vibration and holds this most minute solar system of the atom together. . . We must assume behind this force the existence of a conscious and intelligent Mind. This Mind is the matrix of all matter.” Max Planck.

When you change the way you look at things, the things you look at change.
The possibilities are infinite.