The Battle at Runyon Canyon 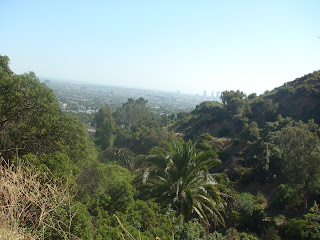 “I’m getting tired, and hot”

“Oh yeah, maybe we can stop for a minute and give the tank a break”

It’s only 11:00 AM but that doesn’t stop the mercury from reaching for 95 degrees Fahrenheit.
The route from my apartment to the canyon is a hike in itself.  My nephew Will is already tired from navigating switchbacks of steep, earthquake-cracked sidewalks.  He doesn’t know that soon we will be traversing the longest and steepest route in the canyon.  Challenging for most people, I don’t know if a six year old will be able to make it. 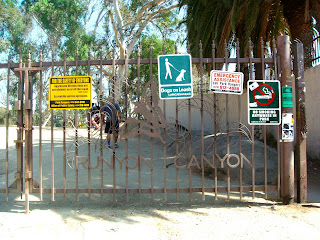 We begin the steep ascent up the western ridge of the dustbowl otherwise known as Runyon Canyon.  It’s the most popular hiking spot in Hollywood.  Celebrities and fitness fanatics frequent these hills everyday.  It's an oasis in the middle of the city that never disappoints.

Will, an outgoing and curious child, is anxious to talk to the swarms of secret agents and bomb-sniffing dogs out on this Saturday morning but I remind him that we are secret agents and don’t even identify ourselves to each other. 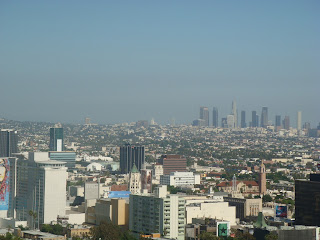 The view from the first ascent

“What are droids?” Will asks.

“Realists are monsters that steal dreams”

“And they steal wishes too: from birthday candles, shooting stars, even from wishing wells”

“What do they do with them?”

“Is that why they want to blow up the wish box at Runyon Canyon?” 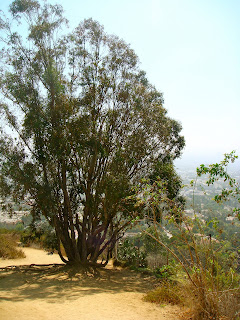 Base Camp One: Shady Tree

The first ascent is made slowly and we take a needed escape from the sun at base camp one: Shady Tree.

“Is that the sergeant’s house down there?” Will points through the barbed wire fence at a large, rambling estate at the edge of Runyon.

“No.  No one’s ever been to the sergeant’s house.”

“But I really want to see the sergeant”

“He’s already on the mission, maybe we’ll see him at the wish box” 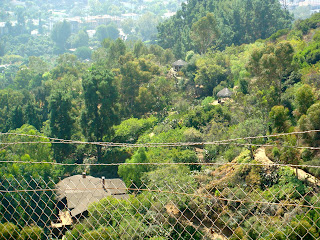 “But I haven’t seen any scorpions or droids yet, is there really a mission today?”

“Look there – those are scorpion droid secret tunnels”

Will tip toes closer and peers inside the small burrows.

“I just saw one in there!” he shouted.

“Quick, back in the tank – blast them with the scorpion blaster!” 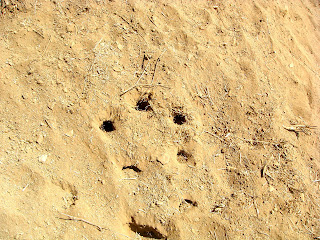 Another steep ascent and Will’s hat and shirt are soaked.

“It’s a lot cooler down here” says Will.

“Hey, the sergeant just radioed us.  There’s a big battle on the eastern ridge – launch grenades for back-up”

“And look up!  The aerial support division has arrived too”

Overhead a chopper circled Runyon and Will's smile reached from ear to ear. 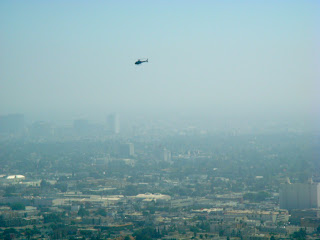 “This is so awesome!” he screamed.

He sprinted up the steep and sandy trail.  Soon exhausted he used his hands to pull himself forward, gaining even more speed.  I found myself almost unable to keep up with him.

“The sergeant emailed a message to the satellite plant”

“It’s right there, go and listen, the plant will whisper it to you” 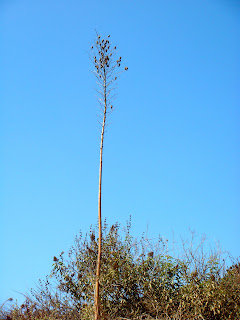 I tried to catch my breath and pound out the burn from my thighs.

“The plant said we have to hurry!  The droids are at the wish box!” Will shouted as he took off running again.

I cursed the plant and chased after him. 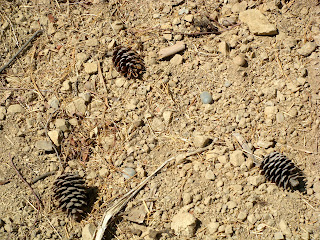 Then, out of nowhere a bronzed and gleaming shirtless muscular body sailed past me, pausing briefly beside my nephew.  I could barely make out his words as he gave Will a fist bump,

“Auntie!  That was the sergeant!  Hurry!” screamed Will, more excited than ever.

Adrenalin turbo-charged his sprint as he followed the ‘sergeant’.  Admittedly sergeant helluvahunk put a little sprint in my step too. 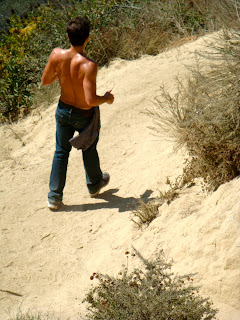 We reached the wishbox in record time – really, it was the fastest I had ever ascended Runyon Canyon.

We found the marker the bomb sniffing K9 unit had left and began blasting the underground bombs, diffusing them.  Will provided loud sound effects that almost echoed throughout the canyon.  Carefully, using our belt winches we raised the bombs and together launched them over the edge of the cliff.  When they were in mid-air we used our AK47s to blast them into dust. 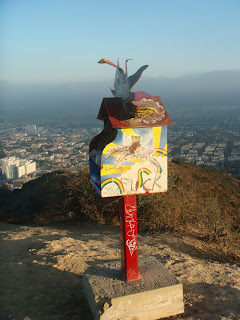 The Wish Box atop Runyon Canyon

Will then set up his rocket launcher and blasted the eastern ridge again.  We had the perfect vantage point to blast the droids disguised as hikers

“What are you doing?” a passing girl asked.

I quickly jumped in, “This is agent Will, he’s new and he’s a member of the ground crew division” I said, hoping this stranger would go along with the game.

Thankfully for me there is never a shortage of actors in Los Angeles.

“Hi Agent Will. I’m Agent Jill and this is Agent Mike” she said.

“How come you’re not shooting the droids too?” Will asked.

“We’re all out of ammunition, can you fire some missiles for us?” she asked.

Will then set up his rocket launcher and asked me to help him carry the heavy rockets to the launch pad.  He shot several rounds as Agents Jill and Mike cheered him on. 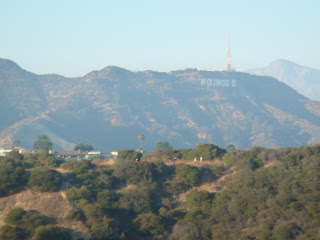 ‘We’ve heard a lot about you Agent Will, welcome to the team” Agent Mike said.

Will was speechless, so was I.  I had never seen Will look so proud and I had never been prouder of humanity.

Before leaving Will used his imaginary paintbrush and wrote a long message to the wish box fairy.

We made our way around the back of the canyon and headed east for the gentle sloping descent.

“I haven’t seen the rattlesnake agents yet” Will said.

“That’s their clubhouse over there, do you want to go and meet them?” 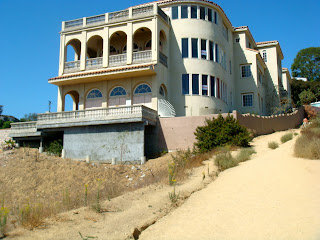 “Perfect timing, can you smell that BBQ?”

“The rattlesnake agents are making lunch for us – BBQ mice kabobs”

“Maybe we can meet them next time instead”

We continued without stopping for lunch.

“The Neptune sound trap. They intercept droid messages, then agent intelligence birds deliver them to the satellite plants” 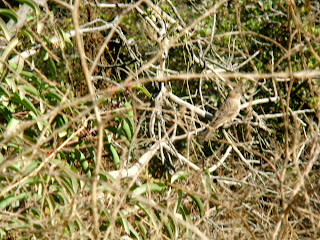 “Would you like to meet a Neptune sound trap?”

“Just walk up and say 'good morning Agent' and shake his hand, his name on his sleeve, it's Joel” 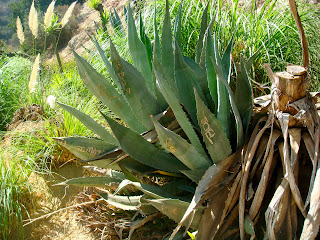 Will approached the large plant and reached out for it’s spiky appendage.  He held it softly and said “Good morning Agent Joel”

Near the bottom of Runyon we met K9 Agent Betsy of the 3rd Battalion, Nasus division and K9 Agent Jake of the 7th Battalion, Aurus division. 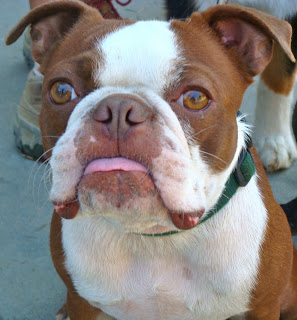 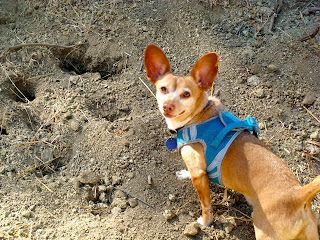 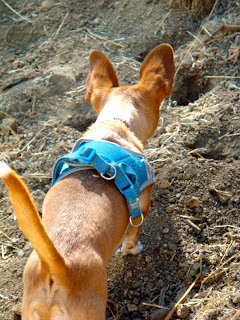 “Can we do this again tomorrow?” asked Will.

“Yes, of course.  We must, the battle with droids never ends Will.  We have to chase after our dreams and wishes every single day.”

UPDATE:
Will and I battled the droids at Runyon Canyon every morning for the rest of his visit.  He made sure he ate a big breakfast before going so he wouldn't have to accept the open lunch invitation from the rattlesnake agents.
He greeted the Neptune sound traps each morning with a hand shake and ‘Good morning agent’.
Whenever a chopper passed over my building (daily) we raced up to the dead drop to collect the latest gear the sergeant had left for us.
When Will returned home to Canada he began saving his money so he could buy his own jet pack.  He is still anxious to fly back to California to battle the droids at Runyon Canyon.
Two weeks after he arrived home he received a package in the mail from the wish box fairy – 32 awesome LEGO guns and weapons.  Inside was a note of thanks for saving all the wishes at Runyon Canyon, in the heart of Hollywood where there were many, many wishes.