Live with Courage or Die with Regret 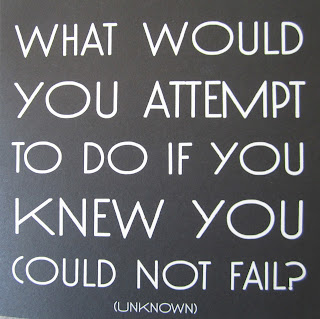 Live with courage or die with regret. This is my personal slogan but I never really put it into words until recently when people, after reading an advance copy of my book, began to ask me questions like, How the heck did you do that? Why did you do that? and Weren't you scared sh*tless to do those things?

These were the same kinds of questions people were asking me when I was planning my journey, that, but the way, turned out to be anything but what I had planned or expected. And I sure as heck never thought I'd be writing a book about my journey nor did I go into it thinking this experience would give other people the inspiration or courage to confront some of their own demons or chase dreams they saved for well, their dreams.

I could go into the whole background of why I embraced this way of living but that's not really necessary because after all - right now is all that matters. And right now is the best time to start living with courage because tomorrow isn't a certainty for any of us regardless of age or current health status. Shit happens and most of it is out of our control but what we can control is our attitude - and courage is an attitude - even if we have to fake it once in a while and Lord knows I've faked courage more than once :-)

I was on a website earlier called pencourage.com. It's an anonymous site where brilliant people write some pretty brilliant stuff. I came across a post called Regrets of Dying that confirmed everything I believe and I'd like to share it with you because it's pretty powerful stuff.

Regrets of Dying
There is a book called "The Top Five Regrets of the Dying", and listed as the number one regret is: "1. I wish I'd had the courage to live a life true to myself, not the life others expected of me."
You can read the rest of the post here:
https://www.pencourage.com/view-post/regrets-of-the-dying/4683

Live with courage or die with regret...