Living on the Edge of Africa


Yearning for adventure and philanthropy leads local on an African adventure

There I was: getting stuck in a mud pit with a three-metre long crocodile, being slapped in the face by an elephant's trunk, tracking and hand feeding an adult cheetah, being charged by a hormonal rhinoceros, pursued by a lioness with a windowless truck as my only protection and, of course, the biggest challenge of all -- sleeping alone in a tent camp -- and I loved every second of it. 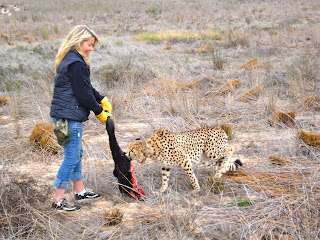 I went to Africa for the first time because I was hungry. I was hungry for adventure, a journey, an awakening, to give back, to step outside of myself and to get back to myself. I went to Africa to learn, to grow, to overcome my fears and to give purpose to a holiday.
I wanted to get outside of myself, to give to others, to make a contribution -- however infinitesimal it would be. What I didn't realize at the time I signed up for this job (the first time I ever paid to do a job) was that it would turn out to be the greatest adventure of my life.
No amount of university courses or travel could give me what I got in a few short weeks of complete selfless giving -- and it wasn't all beans and rice as I had anticipated. In fact, I was treated better than I could have imagined,
I was appreciated. The food was hardly beans and rice; it was simple but even the simplest food tasted divine at the end of a laborious day because I had earned every morsel of it. 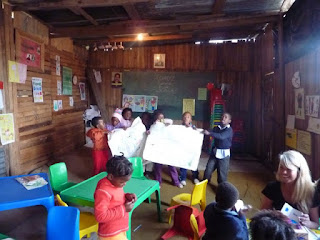 I spent six weeks in Africa. Part of my time was spent in the Kynsna townships teaching conservation to children and some on an elephant reserve in Plettenberg Bay rehabilitating elephants waiting to be released into the wild. The majority of my time was spent on a conservation project at a Big Five Game Reserve in Albertinia, on the famous Garden Route in South Africa.
While I loved every minute of every project, my passion was working with the Big Five at the Game Reserve. Not only did I learn about the wildlife and the workings of the lodge, I also learned the value of a hard day's work. The enthusiasm and kindness of the amazing people who dedicate their days in this Game Reserve was contagious. 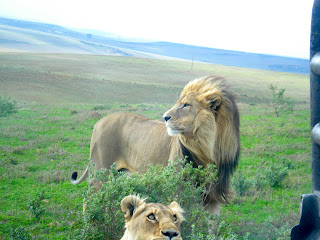 I was also relieved to find that, from the perspective of pure creature comforts, the Game Reserve went beyond my expectations, meals were excellent and my tent was warm and durable (a welcome relief as the lion camp bordered on my tent camp). Tenting, in my opinion, is the best way to experience Africa (this coming from someone who does not camp at home in British Columbia). One feels closer to the land and animals. In the camp there was a common area that had Internet and a kitchen, hot shower and bathroom, although I did share a shower once with a very large toad. 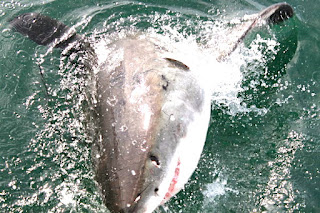 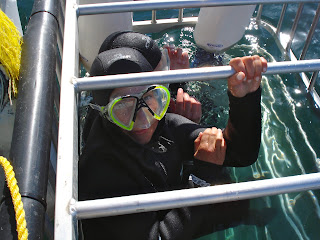 The backdrop to this reserve was the magnificent Langberg mountain range -- standing tall like dark blue uniformed soldiers guarding this pristine valley. On the other side was the world-famous magnificent Garden Route where, on a weekend off I found myself a few centimeters away from great white sharks in the, err, safe confines of an aluminum cage.

Time disappeared, modern conveniences no longer existed and communication with the outside world was limited. All major players in my former life as a 2010 Olympic Project manager were no longer even in the game. Instead key players became survival, team work, willingness and openness to do any job required of me from shoveling dung to rebuilding roads and tree planting under the watchful eyes of a pride of lions only 200 metres away with nothing separating me from them except my fear.


The experience was only a few weeks, but the memories will last a lifetime, memories of overcoming fears and making new friends. Friends with claws, paws, horns, scales and trunks. 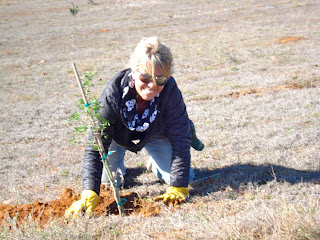 One highlight was planting a garden not just for the selfish pleasure that comes from gardening, but for a village; a village that will bear the fruits of our labour for many seasons to come.


Each and every day I gave sweat, tears and persevered trying desperately to even out the balance sheet, but, at the end of it all, I received far more than I could ever give. My efforts only magnifying what I got out of this experience.
To my delight, the highlights of each day and each night were numerous and oftentimes quite different. There were never any dull moments. There was always plenty to do and adventures were plentiful.
On a typical day Ranger Gerrit picked me up just after sunrise. 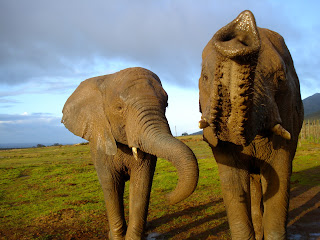 Off we'd go to find Kittibon and Silati, two anxiously waiting elephants, to feed them; they are creatures of routine. When we enter the boma I cautiously approach Kittibon and she greets me by throwing sawdust in my face!
This playful routine became a daily occurrence during my stay, so I eventually got smart and wore a bandana to cover my face. Kittibon, however, is even smarter; she spit water or tossed branches at me instead! 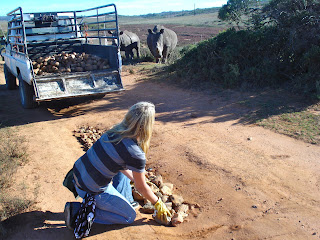 After feeding Gerrit lets them out of the boma. We distribute hay and branches for them around the elephant camp so they must go look for it; it is important to keep them stimulated otherwise they get into mischief.

We spent some time doing road repairs, one of the many tasks done by hand. The road repairs consisted of gathering rocks then filling potholes with them, laying each rock by hand, and fitting them as close together as possible.
One day, I was pleasantly surprised to look up and see a mother rhino and baby watching our work.
It's true that to give is to receive. This is proven day after day in a small, out-of-the-way place in South Africa where the skies are always blue and there's always so much to do.


A place where the miracle of giving is always evident.


Volunteering is an investment that offers a lifetime of returns in soul-enriching memories.
It's an amazing way to not just see a country, but to experience its culture and civilization and to leave an impression. Because even if that impression is one tree planted, a small garden built or leaving a smile on someone's face, it was worth it.


Tsawwassen resident Melissa Haynes volunteered with an organization called Edge of Africa. She has since written a book, Learning to play with a Lion's Testicles.