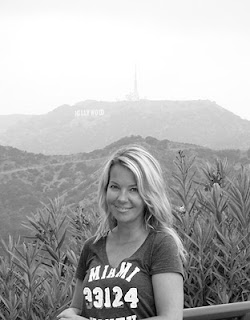 A grey, overcast autumn day in Hollywood is turned magical by embarking on an epic hike.  The route chosen commenced on foot from Sunset Boulevard up Canyon Drive.  Once I reached the top of the canyon I followed the ridge east to the Griffith Park observatory and ascended a few surrounding summits.  I then doubled back west to the Hollywood sign and descended through Beachwood Canyon.

If it wasn't a cloudy day these summits would normally provide jetliner views of downtown Los Angeles on one side and the valley on the other.
The ravens were friendly trail stewards, who provided some company in the pre-dawn hours.  Despite numerous rattlesnake warning signs, none were seen nor heard.  Visiting the famous Hollywood landmarks was interesting but the best part of the hike was when I got sidetracked on a deserted trail up a steep ridge.  I stopped at a northern lookout point and far below was the famous Forest Lawn Cemetery.  I could barely make out a small group of darkly clad people huddled together around a fresh plot.  A small clearing of blue sky opened up above and allowed the sun to brighten a small circle around them.  It is just visible in the photos below.  From my vantage point I searched the valley, the city and even the sky for more patches of blue but none were to be seen.  Watching the funeral was a reminder to always seize the day.
On the way back I stumbled into the Sunday Farmer's Market between Sunset and Hollywood boulevard and enjoyed the best homemade tamales served from the back of a truck.  Followed by a pint of sweet, local strawberries and an Americano - the perfect end to a fall hike in Hollywood.
Total trip mileage: approximately 18 miles. 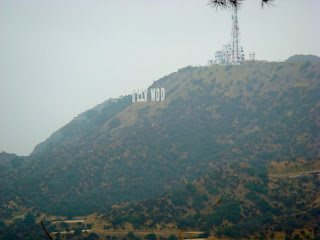 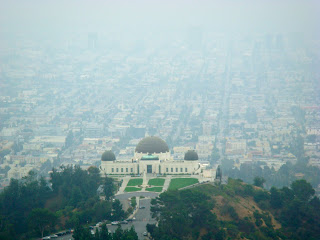 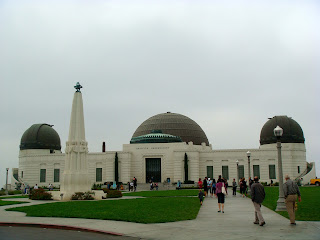 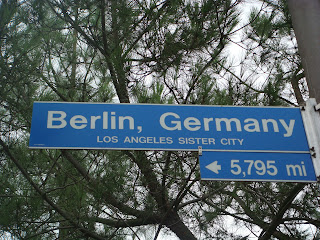 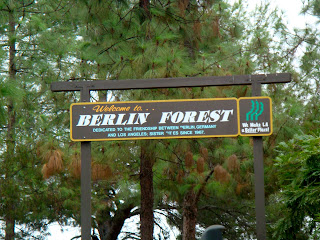 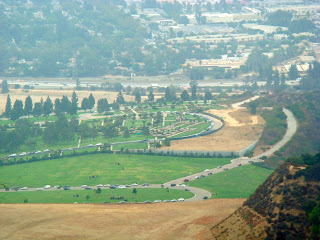 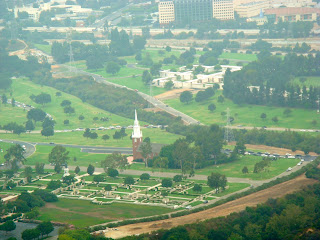 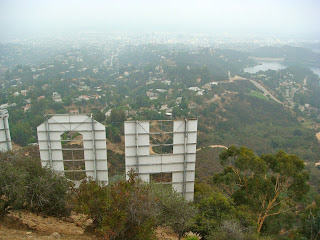 It's illegal to sit on the Hollywood sign and a fence keeps trespassers out.  The fine is $103.00 - yes, I was tempted. 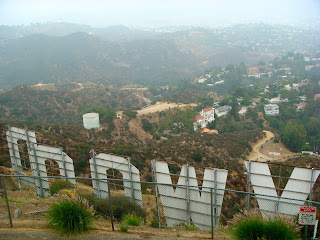 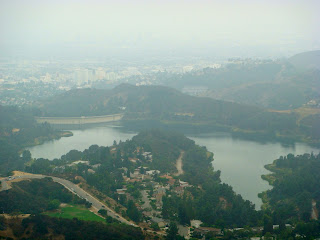 View of Hollywood Sign from the top of Beachwood Canyon 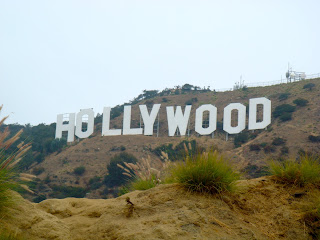 A whimsical streel level garden in the Old Hollywood Hills 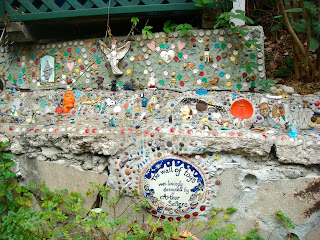 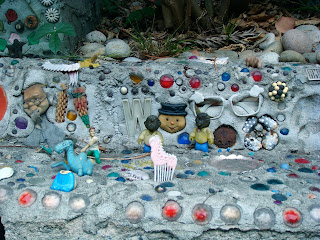 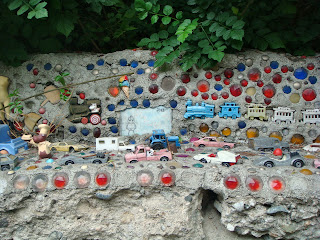