The Morning After D-Day 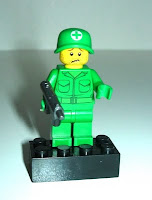 It was 3am.  The windows shook and trembled with such force, it would only be a matter of time before one exploded under the pressure.  The walls groaned from the vibration that pulsed the very studs that held them in place.  Even sleep was too afraid to enter this cell of horror for nightmares would trample him into the sweat-drenched sheets.  Just above an LAPD chopper hovered for 40 minutes, its searchlight scanned my building and the alley behind.  The officer shouted threats into a loud speaker to the criminal below.  But even a helicopter couldn’t nullify the sound in my bedroom.  The sound that was able to move concrete and glass was that of my sister snoring.  I was petrified.  I wanted to run to the window and scream for help – or better yet for an escape ladder from the helicopter above but I was too petrified of stirring the creature beside me.
By some kind of divine intervention that could have been nothing short of God himself, I managed to fall asleep sometime after 5am.
“I have to go poo” the words were whispered in my ear as little fingers slapped my face.  I ignored him hoping he’d go away.
“Right NOWWWWWW!” my nephew screamed.
The clock said 6:28.  I looked at my sister who, under her pink satin eye mask, was oblivious to anything going on around her.  She was probably deep in dreams about Sak’s, Nordstroms and Neiman Marcus, planning how she could cover the most retail square footage in the least amount of time.
“The bathroom’s right there” I said, pointing at what use to be a clear path to the door.
In all fairness even I had almost lost sight of where the bathroom was in all the clutter of suitcases, clothing and electrical appliances.  Poor boy was probably terrified of walking alone through the minefield of Louis Vuitton, Hermes, Macintosh and Chanel.
“I need you to wipe for me.”
I was wrong, he was not afraid.  He, like his mother was a sadist intent on not just ruining my writing career but stripping me of any sanity I was desperately trying to hold on to.
Half asleep I stumbled out of bed.  Two steps later I was catapulted awake when tiny, sharp pieces of LEGO embedded themselves into the soles of my feet.  That was how the morning after D-Day started.